Wrote another 1700 words of Gryphon Precinct, bringing me to the end of Chapter 9 and to 25,700 words or so on the book total. Boo yeah.

An excerpt from today's efforts:

She stared instead at the far wall on the other side of the table. "So what happens next?"

"I was going to take a boat to Saptor Isle to retire. It's past time, to be honest. Even if Sorlin was still intact, I don't really have—"

Danthres whirled around to face him. "I don't mean what happens next to you. I don't give a damn what happens next to you," she lied, "since you don't seem to care about anything that matters anymore. But what happens next to the people like me, or like Sharr, or like Zeen, or like you? What happens when the Consortium inevitably collapses under the weight of its own idiocy, just like every other pathetic attempt at a government they've tried since the end of the war, and it gets replaced by something a lot more hidebound? What if the purity laws are reinstated?"

Javian shrugged. "If that happens, then someone will no doubt found another place very much like Sorlin. But it will have to have someone else to administrate it." He shook his head. "Thressa, after Lil died, I just—I just couldn't go on. Being forced to expel you was the final line of the spell of discontentment that Lil's death cast upon me."

Danthres glowered at him. "For the record? There are many things about living in Sorlin that I've missed these past fifteen years. Your pathetic metaphors are not one of them."

Javian laughed. "Whereas I have very much missed your bluntness."

My new collection of urban fantasy short stories Ragnarok and Roll: Tales of Cassie Zukav, Weirdness Magnet is now available for preorder! The trade edition can be ordered from Amazon or Barnes & Noble.

Also those of you in the New York City area, please don't forget that there will be a launch party for the book at the SoHo Gallery for Digital Art on Tuesday 20 August 2013 at 7pm. All are welcome -- Details here.

Sisko's first post-Jennifer relationship is with a telepathic ghost, because, y'know, Star Trek. Said ghost is played by Dr. Allison Blake from Eureka, and as an added bonus: Richard Kiley! The DS9 Rewatch gets "Second Sight."

To give you an idea how memorable this episode isn’t, when Mike Martin and Andy Mangels turned in their manuscript to me for Ishtar Rising, I assumed that Seyetik was a character they made up. I may have even mentioned that with a name like that, shouldn’t he be a Vulcan? At which point Mike gently reminded me that this was a character who appeared in DS9.

After achieving my second-degree (nidan) black belt, I decided to get the certificates I received for both my first-degree (shodan) and second-degree framed. With some help from family members who contributed to the framing and mounting as part of my birthday present in April, I did so, and they are now hanging over my workspace. Behold! 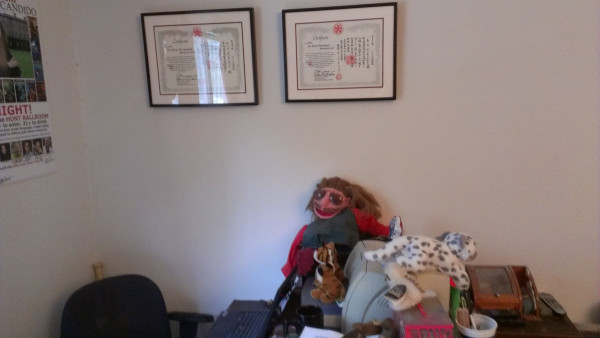 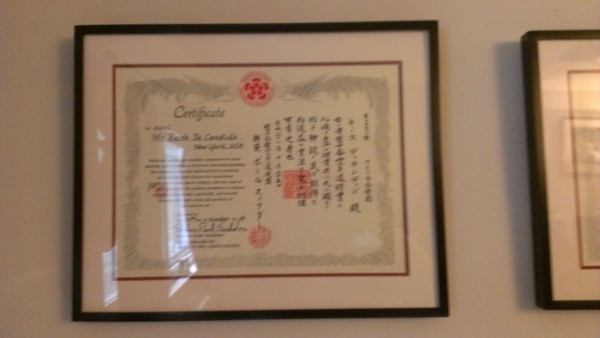 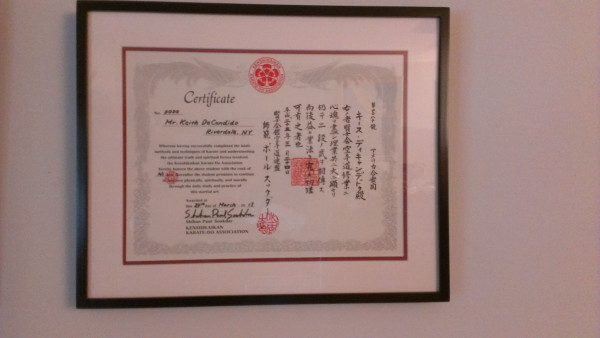