Sensei Clai, one of the highest ranking people in my little corner of the karate world -- he recently opened his own dojo in Westchester -- was at a tournament in Rochester, New York this past weekend, along with a bunch of other folks from our discipline. He took first place in the middleweight division, and his final victory has been enshrined on the Tube of You:

(Hilariously, I was also in Rochester this weekend for RocCon, but I was unable to get away to see any of the tournament. Sadness...)

Meant to post this yesterday -- John Fogerty and the Blue Ridge Rangers doing "Change in the Weather," a very fitting song for this time of year..........

The wonderful used bookstore Singularity & Co. in Brooklyn has started up a project on Kickstarter: Save the Adventure, an endeavor to make some classic pulp novels available once again.

From the Kickstarter page:

Each month we’ll choose one great classic, obscure or otherwise fascinating adventure book no longer in print and not available online, track down the author (if they’re still around) and/or copyright holder, clear the copyright, and publish the title as an e-book. Every book will come with newly imagined cover art and editor's notes sharing what we learned about the book, the author and their history along the way.

This is a nifty little project from a great store, and I urge you to at least click on the link and see what they're doing. (Personally, I pledged $25, 'cause it sounds groovy.....)

Gabriel Amorim on Facebook was kind enough to let me know that there is now a Brazilian edition of my Supernatural novel Nevermore, which was translated into Portugese by Bruna Rötzsch. Here's the cover: 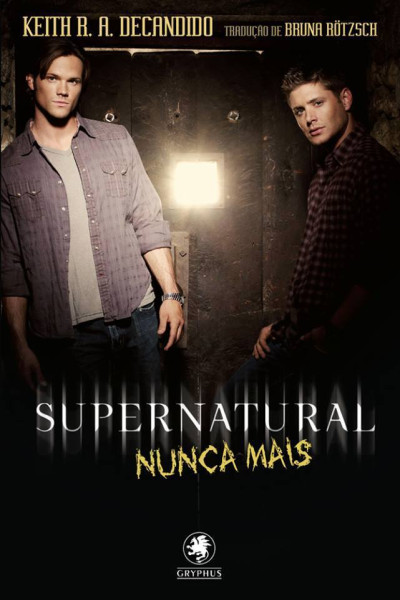