This was a weekend that was both relaxing and busy at the same time, oddly enough. Saturday I had lunch with a dear friend, which was nice, and the rest of the day was spent working on an article on the WildStorm Star Trek comics for an upcoming collection called New Life & New Civilizations: Exploring Star Trek Comics, which will be published in 2014 by Sequart.

This morning was a kids tournament at the dojo, at which I assisted as a judge, as well as assorted other duties. It ran longer than expected, so I was there from 8am until 3pm, coming home and crashing for a big-ass nap. Wrenn came in and joined me for that nap -- she hadn't actually done much by way of physical activity, but on occasion she'll engage in sympathetic napping and join me for one of mine.

Tonight, I used the chicken carcass from last night's dinner to make chicken stock, which is currently simmering away on the stove and making the apartment smell yummy. The article's going off to the editor tonight. We also watched The World's End, which was tremendous fun, as expected from Simon Pegg and his band of loonies.

Tomorrow, I try to once again brave the healthcare gods in their lair and work on Tuesday's DS9 Rewatch. I also plan to start working on the mystery, finally...... 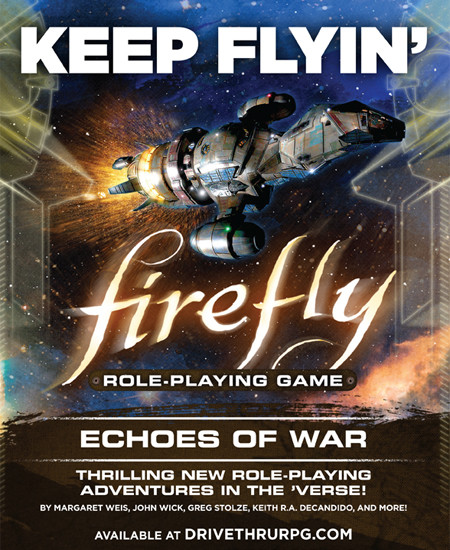 Last night I turned in an article for New Life and New Civilizations: Exploring Star Trek Comics, which the editor liked on first glance. We'll see if he feels the same after reading it in depth....

This morning, I got an e-mail from the mighty Monica Valentinelli at Margaret Weis Productions officially accepting my work on "Merciless," the adventure I wrote for the new Firefly RPG Echoes of War. That'll be out in 2014.

This morning, I also got an e-mail from the writer/producer/director of the independent film I novelized, and he loved what I did. Now we just need to find a publisher.... (This is a very different setup than usual -- I was hired by the movie company rather than a publisher. We'll see if this works....)

Still waiting for edits on "Fish Out of Water," but Jonathan Maberry has said that he likes the story very much and it's set to be in Out of Tune in May. Those edits, he said, are minor.

Star Trek: The Klingon Art of War is totally done, and currently being printed for its May 2014 release. Look for some previews on StarTrek.com and elsewhere starting in the new year.

I've got a couple of tie-in novel pitches sitting on an editor's desk, and a collaborative tie-in project that I had honestly thought was dead has apparently been necromancered -- it's currently with the licensor awaiting their feedback. That'll be a very cool project if it happens, in a license I've never written in before.

Dark Quest has agreed to do a short story collection of my stuff, which will be called Without a License: The Fantastic Worlds of Keith R.A. DeCandido, for which I need to a) write a new Dragon Precinct story, b) pick a Cassie Zukav story to reprint, and c) write an introduction for.

I also am going to be writing a new Cassie story and a new Dragon Precinct story to submit to anthologies, the former one I was invited to submit to (15 March 2014 deadline), the latter an open-call antho (16 May 2014 deadline). No guarantee they'll be accepted, but it's worth a shot.

At some point in 2014, I'll be writing Mermaid Precinct, likely to be the final novel of the Dragon Precinct series. I'll be all out of precincts at that point, and I think that six books is a good run (five novels and a short story collection). I can always do more short stories and such.....

I've got a few editorial irons in the fire: a proposal I want to send for an essay collection, a private client I need to start working on in the new year, and one novel edit that I know is coming in February.

But the next big thing on my plate is the mystery, which I intend to start plotting out tonight after I'm done with the rewatch. This will be dominating my writing life for the next couple of months at least.........

I now have health insurance -- or, rather, I will for the first time in four years starting New Year's Day 2014.

And there was much rejoicing.