Spent the weekend beating the library into shape. Since Wrenn and Dale moved up here, the third bedroom has been a library and guest room. Most of my books are in that room, as is the wireless router (the only working phone jack is in that room, thanks to something the previous tenant did) and the FAX machine (which I still do use occasionally). It also had a futon/couch thingie that was used as a guest bed, but the futon was old and tired and not very comfy (we had to pad it out with three folded-over quilts).

Two of the bookcases were in the closet, which was mostly due to inertia. When I was living alone here after Terri moved out and before Wrenn moved in, I took the doors off the closet and stuck two small bookcases there. When Wrenn -- and more to the point, the dog and cats -- arrived, we put the doors back on, but there was nowhere else to put the bookcases, so they stayed there. And then stuff piled up in the closet, and books kept not getting shelved, and the room wound up being set up with big piles of books and games on either side of the futon.

This year, we finally decided to improve the room, prompted by a booth at New York Comic Con of all places run by Yogibo, who have really cool bean bag chairs and beds and stuff. We got a piece that can serve as an easy chair or a twin bed, along with another piece that can serve as head- and arm-rest. We ordered it at NYCC, and it finally arrived in early November. (Terrible timing, as it happens, since we had about half a dozen house guests parading through here in October, all of whom probably would've preferred the Yogibo bed to the futon. Ah, well....)

We got rid of the futon in December, and this weekend, I finally tackled putting the place back into shape, which included rearranging some of the bookcases, getting the two out of the closet (and throwing out one, as it has fallen apart), and also finally weeding my books.

It's not 100% done yet, but it's mostly there. The end of the alphabet needs to be shelved, but that'll happen in the bedroom (which is next on the list to tackle). I'll take pictures later today....

Today we have some errands to run in Manhattan, including Wrenn and I getting together with Marina and her boyfriend. This is the first time my ex-wife will meet my fiancée, and the first time Marina's ex-husband will meet her boyfriend. (Not for lack of trying, mind you, but every time we've tried to get together, it hasn't worked out.) Wrenn also wants to spend her Macy's gift card, and I need to go to the PO box. Then we're meeting up with our friend Meg, who will be the first person to sleep in the new bed, as she's doing an audition tomorrow, and will be staying with us tonight and tomorrow.

Here's the fruits of the weekend's labors....

The library from three different angles: 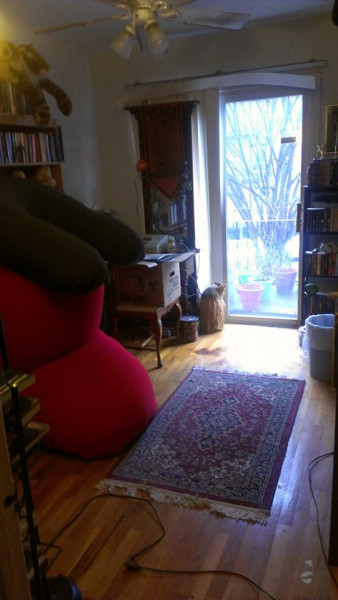 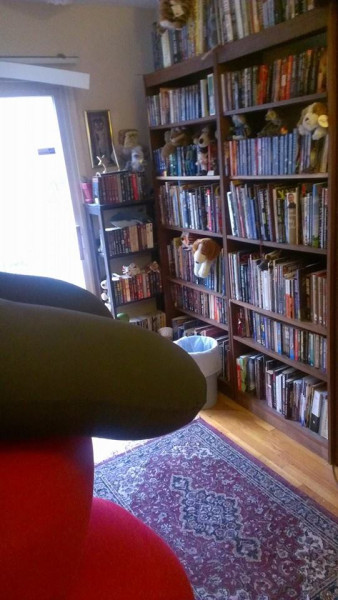 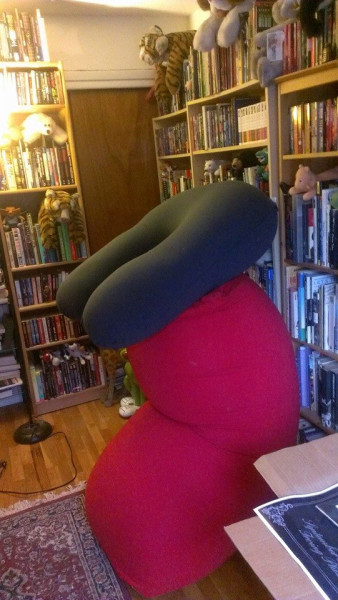 My first-ever bookcase, still going strong three decades later, with a lovely painting by my dear friend Heidi Molano over it. (It reads, "A tiger doesn't lose sleep over the opinions of sheep.") 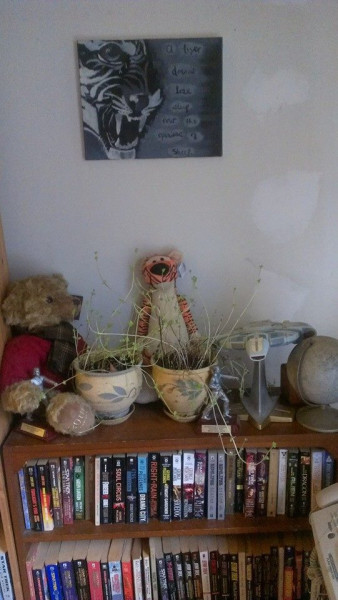 The "gloat shelves," starting with most of the mass markets, as well as my Scribe Award nominations: 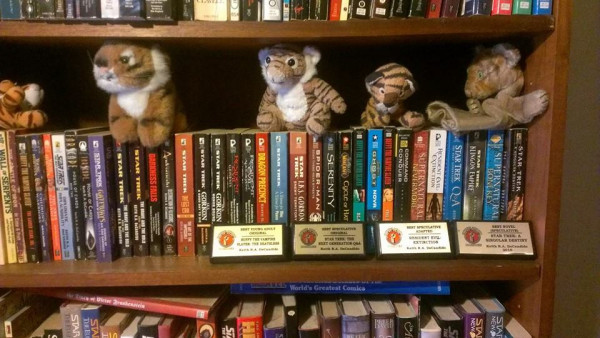 The rest of the mass market gloat shelf as well as the trade/hardcover shelf: 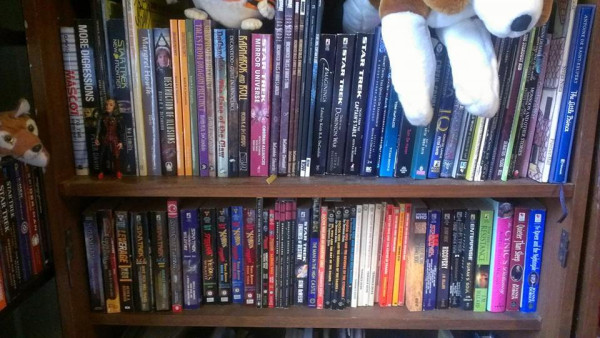 The annexes under G (where I shelve the books where I'm second billed to David R. George III and Laura Anne Gilman) and O (where the Farscape graphic novels I did with Rockne S. O'Bannon are): 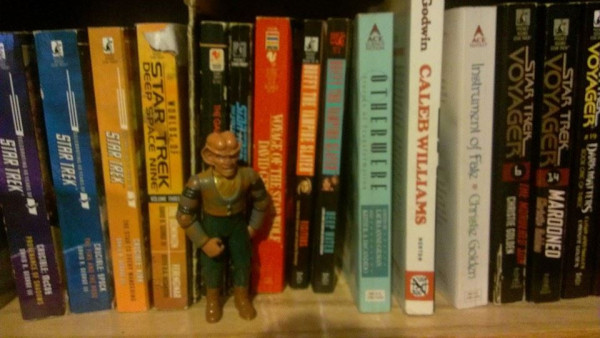 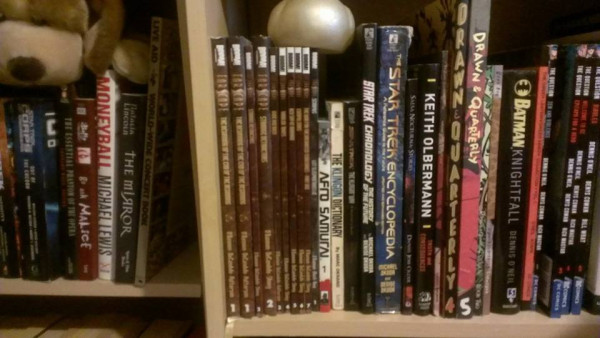 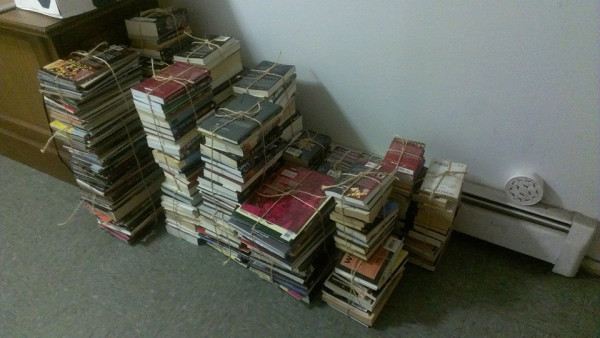