The X-Files Lexicon site has a nifty report on all things X-Files at Dragon Con 2015, mostly focusing on the panel on the XF anthologies IDW is publishing and Jonathan Maberry is editing. The panel included Jonathan as well as three contributors: myself, Kevin J. Anderson, and Sarah Stegall.

Keith R. A. DeCandido discussed his story, “Back in El Paso My Life Will Be Worthless”. He wanted the point of view character to be a normal FBI agent who had to work with Mulder and Scully, “the two nutjobs in the basement”. He also wanted to address the question: why hadn’t the FBI shut down the X-Files again? DeCandido noted that there is “an inverse ratio between how popular a show is and how much crap they give you when you’re writing about it.” It was a very exhausting New York Comic-Con weekend. My dear friend Megan Rothrock and I once again teamed up on a booth in the small press area, her pushing The LEGO Adventure Book series (Volume 3 was just released in the last month), me pushing all my books, but primarily The Klingon Art of War and Without a License, although I also sold plenty of my other Trek books, my first two Supernatural books, my Sleepy Hollow novel, and many copies of Dragon Precinct and Ragnarok and Roll.

The best purchase ever were the five soft mats we got last year to comfort our feet while we stand on concrete for four straight days, which we got last year mid-NYCC. Even so, my feet were killing me each day......

We ended the weekend with a trip to the Laurie Beechman Theatre to see Moxie Anne Magnus, the Star Trek drag queen, do "Moxie Magnus and the Androids of Uranus." Moxie did a show during NYCC last year, and this year's show was even better -- tighter and funnier. Moxie's always a pleasure to see anyhow.

Here are some pics from the weekend:
Setting up the booth: Selfies! Me at the booth... 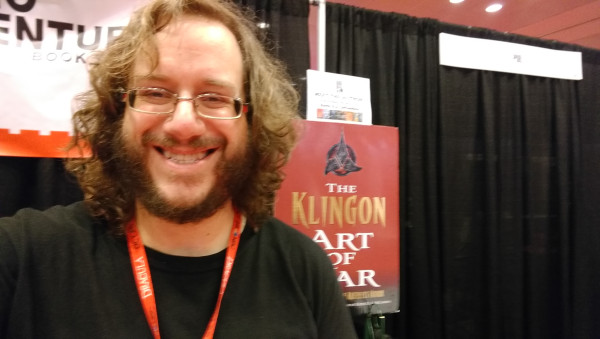 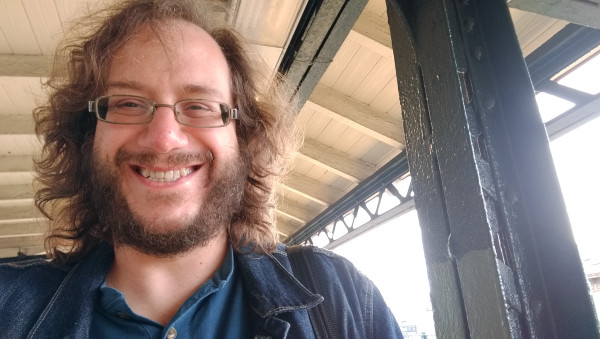 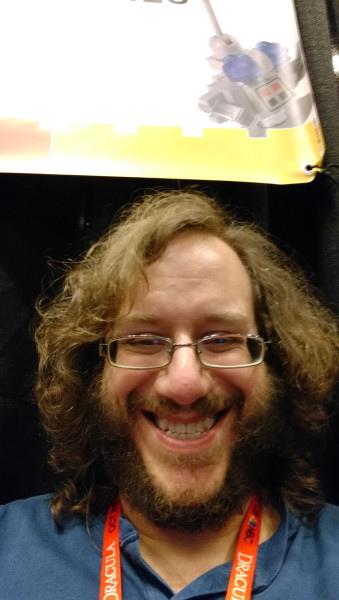 ...and Wrenn, me, and Meredith on the subway heading down on Saturday. 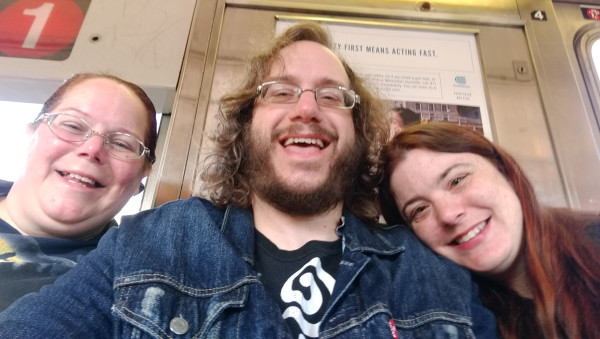 I didn't take as many pics of T-shirts and costumes as I should have, but I did get four. First there's this wonderful Star Wars riff on Goodnight Moon: Then there was the woman doing a Sif costume that was the comics costume, not the movie one! (I got her while she was tying the laces on her gloves.) My buddy Sarah Rempe was doing a teal fairy on Saturday. And my favorite of the many "Where's Waldo?" costumes this weekend: Meredith bought a "Meowchi" -- a mochi (a type of Japanese confection) that is also a cat. She named it Azuki. At the Moxie Magnus show, we had a Tentacle Kitty Convergence around the candle! 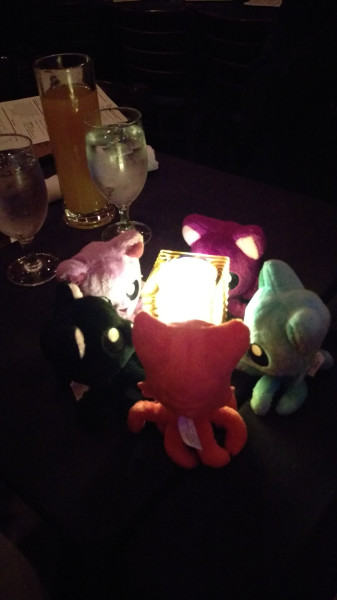 Lilly, not to be outdone, decided to wear her Tentacle Kitty on her head..... Finally, here are some pics of Moxie performing: 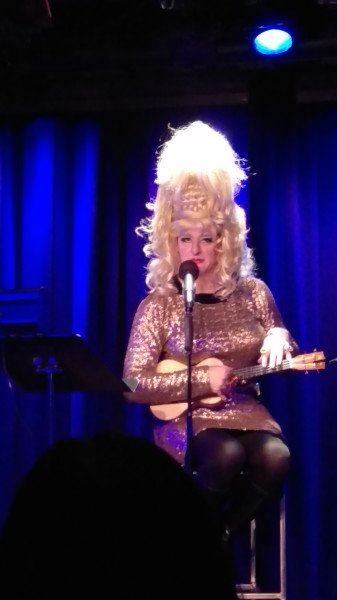 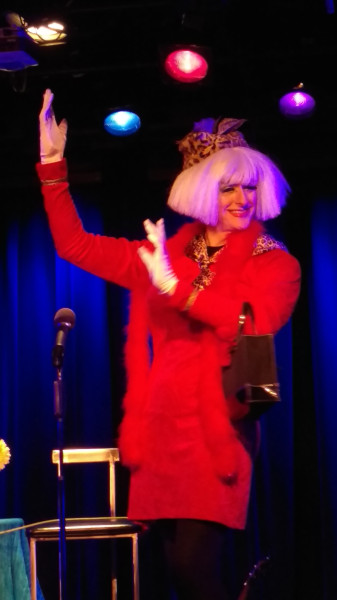 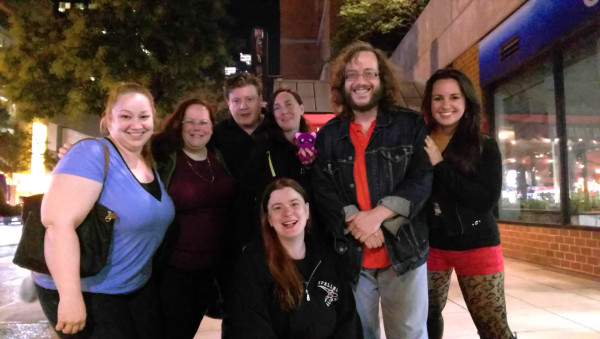 One of the things I loved about New York Comic-Con was that these signs were all over the place (the two pictures show the front and back): I posted these pictures on Facebook, and was surprised by comments along the lines of: "Makes me very sad that these need to exist at all" and "If people need to be reminded of this it is pathetic absolutely pathetic."

And these types of comments boggle my mind, because it seems to come with the mindset that these signs being necessary is a new phenomenon. No, they've been necessary for as long as there have been conventions, but we've only just now in 2015 gotten to the point where it occurred to anyone to put the signs up.

A few years ago, an editor in the field got fired for sexual harassment. This was someone I saw engaging in pretty awful behavior at parties back in 1991 -- but it took until the 2010s for him to actually lose his job over it. And that's just one of millions of examples, which went unreported or unremarked upon, or if they were remarked upon it was to dismiss it as unimportant or an exaggeration or "boys being boys" or some pathetic variant.

The tragedy isn't that the signs are going up now. The tragedy is that it's taken this long for them to go up.
Collapse