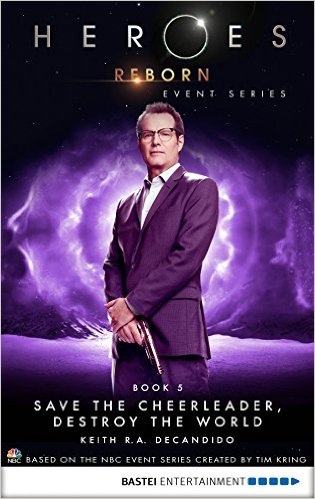 This past evening was the mid-season finale of Heroes Reborn, and to tide you over until new episodes air in the new year, Bastei has released five all-new novellas that flesh out the narrative, including my own Save the Cheerleader, Destroy the World, which chronicles Claire Bennet's road from jumping off the Ferris wheel at the end of the Heroes series' fourth season to the tragic events of June 13th, 2014, as chronicled in the new series.

Book 1: Brave New World by David Bishop was released the night after the season premiere -- it was a novelization of the first episode. (Amazon | Barnes & Noble | Kobo) Today, the other five are out:

Here's the promo copy for my novella:

When she jumped off a Ferris wheel in Central Park and survived, Claire Bennet changed the world. Now "Evos" - Evolved Humans - are exposed.