Ron Glass is someone I knew and loved far more as Detective Sergeant Ron Harris on Barney Miller than as Shepard Derrial Book in Firefly and Serenity, but I loved him in both roles, and got to write him in the latter when I novelized Serenity. I got to meet him a few times, most notably at the Big Damned Flanvention in 2005 in Burbank, where I was amused to discover that Ron watched Laker games with the same enthusiasm and passion with which I watch Yankee games.

Tonight, in his honor, I plunked "The Harris Incident" episode of Barney Miller into the DVD player.

He was a good man, and he will be missed. *raises glass*

Ever since The Case of the Claw was released in 2011, I've had people ask when I was going to write more adventures of the cops in Super City and how they deal with all the costumed heroes and villains in town. Those people were generally unsatisfied with me only doing short stories ("Stone Cold Whodunit" in With Great Power and "Send in the Clones" in The Side of Evil/The Side of Good), but now I have good news for them! 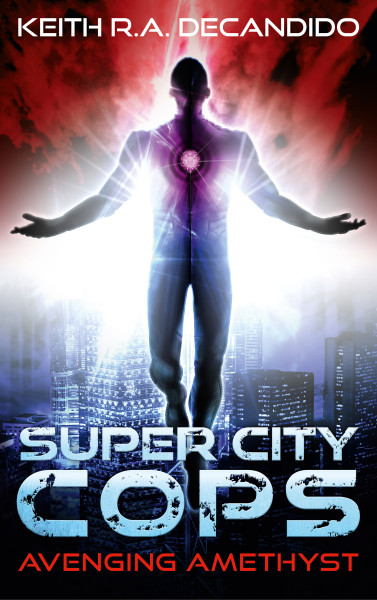 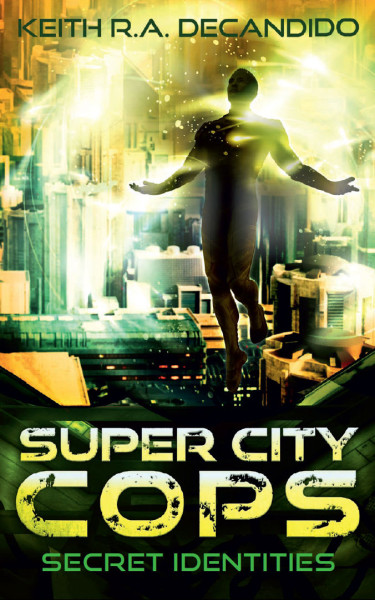 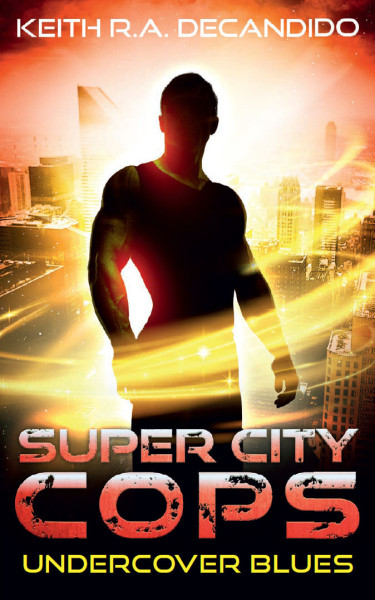 The great metropolis of Super City is the home of dozens of costumed heroes -- the Terrific Trio, the Bruiser, the Superlative Six, the Cowboy, and many more -- who do battle against the super-villains who terrorize the citizenry.

These aren't their stories ...

When the heroes are done punching out the villains, it's left to the stalwart men and women of the Super City Police Department to restrain them, arrest them, and hope that this time there's enough evidence to actually convict them.

Just another day on the job for the Super City Cops.

Amethyst, one of the most renowned and mysterious costumed heroes of Super City, is found dead on a rooftop. Detectives Kristin Milewski and Jorge Alvarado of the Super City Police Department are assigned to the case-but every answer they turn up with regards to who Amethyst is and how and why he died just gives them more questions.

Complicating the investigation are the rest of the superheroic community, who are looking for revenge for their fallen comrade-plus there are reports of a new Amethyst! Same powers, same costume, but a much nastier attitude ...

Detective Elias Vondelikos has spent months working undercover to infiltrate the organization of Apollo, one of Super City's most dangerous and insane supervillains. But working for crazy bad guy has its risks, and the job the undercover cop was hired for turns vicious in a hurry.

Meanwhile, Detectives Kristin Milewski and Jorge Alvarado follow a trail of dead bodies left by the new Amethyst-whose methods are far more brutal than the average superhero, and whose true identity will rock the SCPD to its core!

Lieutenant Therese Zimmerman's life is turned upside down when a badly injured Spectacular Man stumbles into her apartment and reveals himself to be her on-again, off-again boyfriend, philanthropist Marc McLean.

At the same time, Detectives Kristin Milewski and Jorge Alvarado investigate what seems to be a simple murder of four homeless people by a powerful supervillain. Unknown to them, the murders are connected to how Spectacular Man got hurt. Now Zimmerman must choose between the person she cares about and her duty as a cop.

(I swear, the choice of music I'm listening to is a total coincidence based on iTunes's shuffle function, but damn it fits...)
Collapse