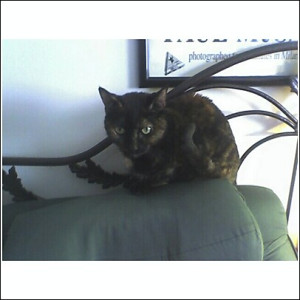 So Monday, I had to get up absurdly early to drive my parents to the airport and then do the first day of physical therapy on my arthritic knees. After PT was done, I went back to sleep for a bit, and right when I woke up, the phone rang, and it was Terri. One generally doesn't hear from one's ex when it's good news, and sure enough, I was right: she was calling me in tears telling me that Aoki was dying and did I want to come to the vet to say goodbye before she was put to sleep? I said yes, of course, and Wrenn and I hied to the vet with dispatch.

Terri and I got Aoki on 31 August 2004, a couple of weeks after we lost Mittens to cancer. Bide-a-Wee was closing for renovations, but they had to place all their animals before they could do that, so we went down on Terri's lunch hour. Of the cats that were left, most were either cats that had to be the only cat in the place (and we still had Marcus) or pairs that had to stay together (which wasn't a great idea, as our apartment was just right for two cats, not ideal for three -- hilariously, years later, Wrenn, Dale, and I would populate that very same apartment with four cats and a big-ass dog, but we were young and foolish....).

And then there was Aoki. The sweetest little Tortoiseshell, she was only four months old, and she climbed all over Terri as soon as they put us together in the get-to-know-you room. I took her home on the subway, and she immediately started exploring the apartment and being all affectionate and sweet.

Marcus hadn't been handling Mittens's death well -- Mittens had always been there since Marcus was two months old, but without the big guy around, Marcus stopped eating. Aoki, though, was relentless in her cute-itude, and she basically got Marcus back to his old self by playing with him and frolicking with him and generally being a nuisance.

Aoki always used to sleep on my hip when I took a nap. She always would climb all over things and fall asleep on them. And she was always friendly and happy and cute and sweet.

When we first brought her home, she treated every meal like it was her last, wolfing it down as fast as she could, to the point where we had to feed her in the bathroom with the door closed so she wouldn't eat all of Marcus's food.

Mittens's death was rough on all three of us, and Aoki helped us all get back from that.

She was, for all intents and purposes, my first cat. My family had a cat named Tiger Lilly when I was a baby before my mother's cat allergies kicked in, but I don't really remember her, and Mittens and Marcus were both Terri's from before I met her.

Aoki was my sweet little girl.

Terri and I split up in April 2009, and she moved out eight months later. We both agreed that she would keep Aoki, simply because Terri would be living alone and Marcus needed to have Aoki around for when Terri was at work. As I said to Terri at the time, Marcus needed her more than I did.

For a while, Terri lived in the same building, so I got to see her every once in a while, but when she moved out of the neighborhood, I didn't get to see her hardly at all, until last year when Terri contracted breast cancer, and I transported her to and from the hospital a few times, and also took care of Aoki and her other two cats, Star and Raina, when she had a lung issue that hospitalized her for a week.

Aoki had intestinal blockage when she was a kitten before we ever got her, and they shortened her intestine surgically, which stunted her growth. (That was part of her cute factor -- she had the head of a cat but the body of a kitten, plus she had these huge ears....) As she got older, she developed kidney and bowel issues, and the medications for one cancelled out the other, which complicated Terri's life. Eventually, something was going to go, and sadly it was the kidneys, which failed Sunday night.

Terri, Wrenn, and I said goodbye to Aoki at our vet. She was a good cat, and I've been missing her horribly these past few years. I miss her even more now. 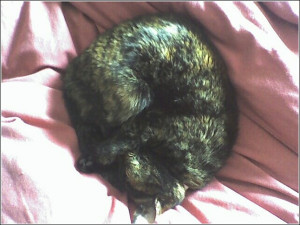 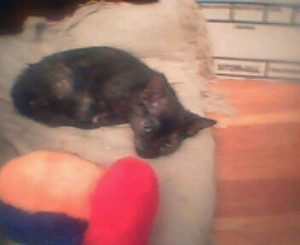 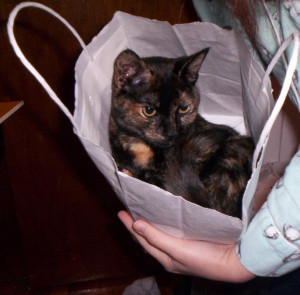 Over on Tor.com, I provide my impression of Marvel's Iron Fist on Netflix based on the first three episodes. I look at the opening trio from the perspective of a comics fan, of a martial artist, and of a regular ol' TV viewer. Sadly, at least so far, it's lacking in all three.....

Danny spends the entire first episode coming across as a crazed stalker, which isn’t a great way to introduce our theoretical hero. It doesn’t help that his attempts to convince Ward and Joy that he’s who he says he is are just idiotic. In episode 2 we find out that Danny and Joy used to avoid the brown M&Ms. In episode 3 we find out that Danny broke his arm as a little kid and Ward took him to the hospital, and only the two of them knew about that. Which raises the question of why the hell Danny didn’t mention either of these things in episode 1.

Two humans, a half-Vulcan, a Sord, a Skorr, and a Nasat walk into a bar go on a quest to stop a war. The TOS Rewatch tries to avoid having to go on "The Jihad."

Stephen Kandel worked on Mission: Impossible, and this has a similar structure to that show, with specialists brought in to do an off-the-books mission that is damn near impossible. We get a collection of truly alien aliens, three of whom are of a type that would be difficult to pull off in live action (Tchar and M3 Green in particular). I like the basic heroism of everyone involved—even the self-professed coward M3 Green comes through when it’s important to the mission—I like Lara’s up-front flirting with Kirk (nice to see the shoe on the other foot there), and yes, I even like the fact that the most advanced species in the galaxy is feline (for all that they mostly just reused and recolored the character design for the Kzinti to save money). With the peculiar exception of Spock (who mostly just plays Captain Obvious in this one), everyone has something important to do, and it’s a fun little adventure.