It's the final appearance of King Tut, and he makes a startling discovery that will rock Batman and Robin's socks. If they wear socks. Which isn't clear. But whatever, the Bat-rewatch declares that "I'll Be a Mummy's Uncle."

A fitting finale for the fake pharaoh, as Victor Buono remains his usual spectacular self, the plot is pretty straightforward Bat-stuff, and a good time is had by all. Batgirl is sadly underused in this one, though this time it’s mostly due to her not being able to know what’s at the end of the mineshaft.

Ten years ago this morning, I got a phone call informing me that David Honigsberg died. 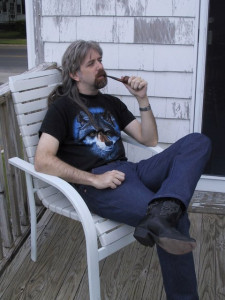 David was one of my best friends. Through most of the 1990s, we were in a band together, the Don't Quit Your Day Job Players. He wrote a Silver Surfer short story for me when I worked for Byron Preiss, Marina and I hosted his ordination party after he was made a rabbi, we attended numerous conventions and went on the road for concerts together. We recorded two CDs together, and he used our work together on another CD after the band split up. We played live together more times than I can count, before, during, and after the band's heyday. He consulted on the first-ever Klingon-Jewish wedding, in the story "Creative Couplings," a Star Trek: Starfleet Corps of Engineers novella by Glenn Hauman & Aaron Rosenberg that I edited.

He was my rabbi, which is a weird thing for non-Jewish agnostic to say, but there it is. He and his wife, who is a priest (yes, really), held a wonderful little gathering a few days after 11 September 2001 that was a big help in our healing process.

It's sobering to realize that I'm roughly the same age now that David was when he died, which is scary.

Tomorrow, Wrenn and I are going to go to his grave and raise a glass to his memory. Wrenn and I didn't get together until after he died, and I was always particularly sorry for that, as he knew Wrenn also, and I'm fairly certain he would have been very happy to see us as a couple. I wish he was still here for any number of reasons, not least being that we would have asked him to perform our wedding.

We miss you, Rabbi.

In addition to the print book, there is also an audio book of Baker Street Irregulars, the spiffy-keeno new anthology of alternate Sherlock Holmes stories, edited by Michael A. Ventrella​ & Jonathan Maberry​, with my story "Identity: An Adventure of Shirley Holmes & Jack Watson." So if you prefer to listen to books instead of reading them, check this audio out, with the stories read by Graham Halstead, Steven Crossley, and Saskia Maarleveld. 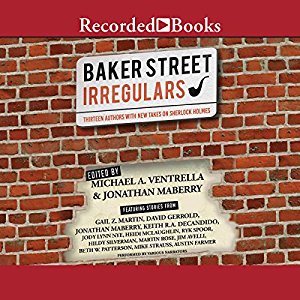