Now available for preorder: Stargate SG-1/Atlantis: Homeworlds, a new anthology edited by Sally Malcolm from the fine folks at Fandemonium. You can preorder the Kindle edition from Amazon, and I'm sure other eBook retailers will have it soon. The eBook goes on sale 23 June, and the print edition is like to follow in July.

Here's the full table of contents:

SGA: "The Mysteries of Emege" by Jo Graham

SG1: "Blinded by the Light" by Barbara Ellisor

SGA: "The Player on the Other Side" by Amy Griswold

SG1: "They Shoot Heroes, Don't They?" by Geonn Cannon

The stories take place all over the timeline, both during the respective series and after. ("The Mysteries of Emege" and "Worshipper" take place after Atlantis's fifth season, and also after the post-finale Legacy book series, and my own "Sun-Breaker" is a post-season-10 SG-1 story that features Colonel Carter in charge of the U.S.S. George Hammond.) Also, the stories "Blinded by the Light" and "Second Time Sateda" were the two winners in a Stargate short fiction contest judged by Sally, Sabine Bauer, and Laura Harper at the GateCon convention in Vancouver last fall.

So go! Preorder it! You'll be glad you did! 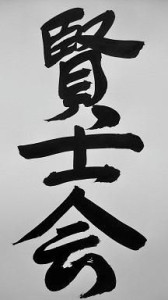